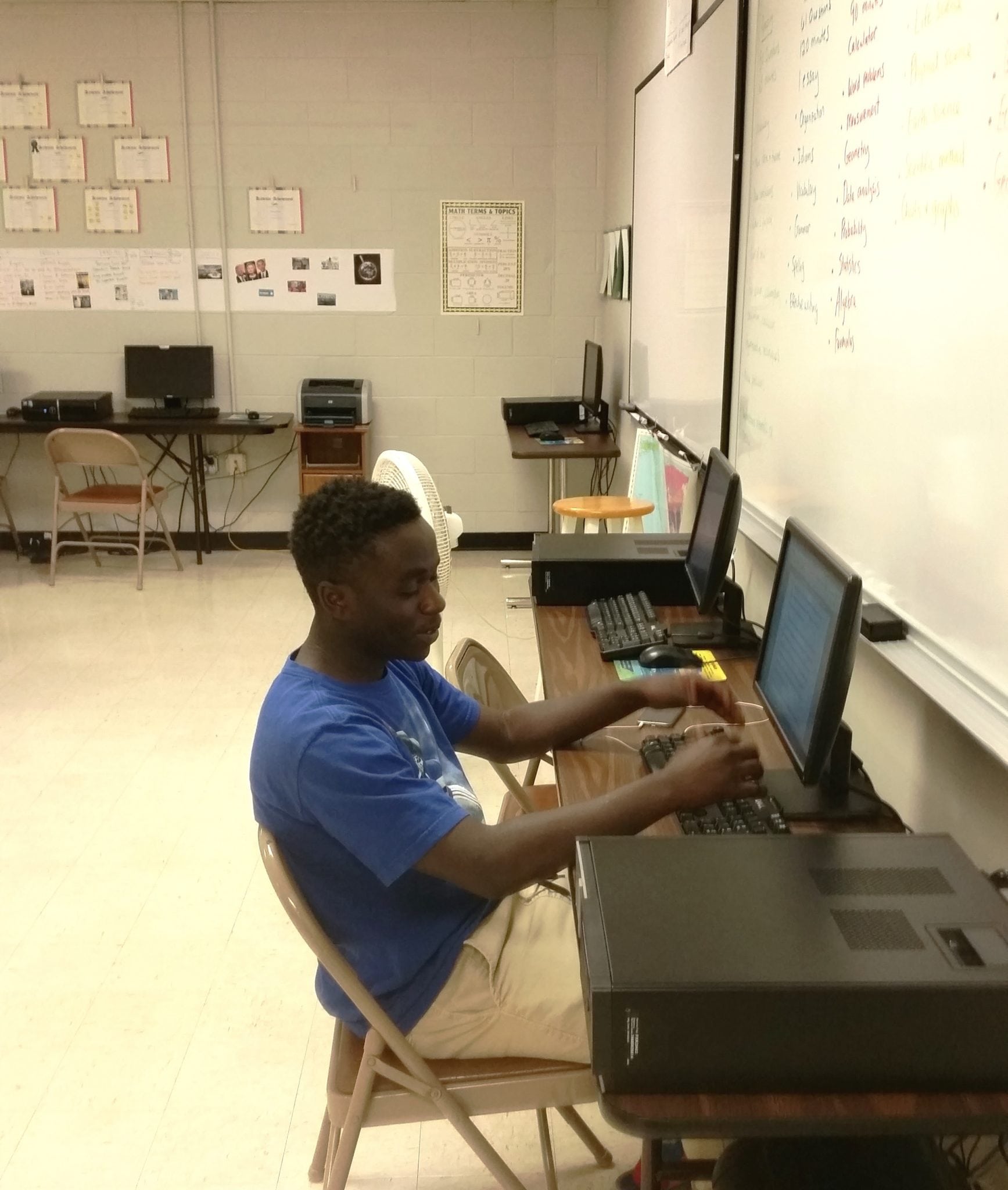 When I was seven years old my whole life changed. I moved from Tanzania to start a new life. I went straight to school and it was crazy. I didn’t know anything. That first day of school was one of the most important days of my life.

My first day of school, my mom and dad woke me up. I got up and took a shower and got dressed. When I finished getting dressed, I walked to the bus stop alone. The bus came around 6:30am. Then I made my way onto the bus, and I noticed I wasn’t the only one. I didn’t know anybody. I saw a couple of black kids on the bus, and I tried to have a conversation. I came to realize that they couldn’t understand me. Everybody started laughing because my original language does sound funny and at the end of the day I realized that I was different and the students were different from me.

When we got to the school, I got off the bus and stood in front of the school door. I didn’t want to just walk into the school without knowing where to go. Thirty minutes later, a lady came up to me and asked, “Why are you not in class?” She realized I couldn’t understand English. She then took me inside the school and found me a translator and he asked, “Where do you come from?” I spoke clearly saying “I am from Tanzania, and I came to the USA in 2007. I live with my dad and mom and 4 brothers and 2 sisters.” Then they took me to a room and introduced me to a class room. We walked in and they showed me my teacher. They made everybody tell their names, and I put a smile on my face because everybody else had one on there’s. I didn’t understand a single name the students said to me, but I looked at it as a good thing because I had a group of kids play with me. They wanted me to teach them some of my language.

It had turned 11:00 am and the teachers made everybody stand in line and I didn’t know what for. I realized it was a big room full of students and they were eating, and I figured it was the lunch room. I had got my food and went to sit at a random table with some kids and they started talking to me again. All I was doing was smiling because I didn’t know how to speak English.

After lunch we had went to class and the teacher asked the students what movie they want to watch. The students called out saying, “Let’s watch Spider Man!” I didn’t know what that meant. When the movie started, I was scared of Spider Man because of how he looked, and I got scared every time he jumped off a building. The movie had finished and I had no idea what was the whole point of the movie because I didn’t understand anything that the characters said. The teacher went ahead and asked, “How was the movie?” Everyone yelled, “It was great!” Then she shouted, “Who’s ready for gym?”

She told everyone to get in line by the door, and I stood in the back of the line because I was last to get up of my chair. We got to the gym and a lady came up and spoke to me and she introduced me to the other class that was in the gym. Then the lady made everybody get into teams and she said, “we are about to play dodge ball.” She explained it to me by saying, “you run to the middle and grab a ball and throw it at the other team.” At the end of the day I never knew what she said until I watched the first round begin. I had heard a bell ring. I didn’t know why, but the gym teacher told each student to pick up a ball and put it away. Then she made everybody get in line then we walked out the gym.

I saw my teacher waiting for us by the classroom door. She told everyone to get their backpacks and line up again. She then walked us to the front of the school door and I have never seen so many kids at one spot. I spotted my bus and walked straight to it. I found myself a seat. While I was sitting there, the bus was getting full and there were still more kids coming in the bus. The bus got full, and a kid name Jacques came up and asked if he could sit down. I realized we were not much different. We both were from the same place and spoke the same language! The bus started to move, and as I made my way home I realized I made my first friend. We even lived in the same area. Since that day, we call each other brother.

That was my first day at school in America. I’ve now been here almost 12 years. I’ve learned everything I didn’t know. Even my mindset has changed. That first day set the tone for the rest of my time in America. Soon, I’ll graduate and start another new part of my life!

We would like to shout out our Independent Living staff who are still working and providing support to our young adults that live in our supportive housing apartments. We want them to know how much we appreciate their dedication in making sure our young adults are safe, protected and healthy during this pandemic. … See MoreSee Less

Share on FacebookShare on TwitterShare on Linked InShare by Email